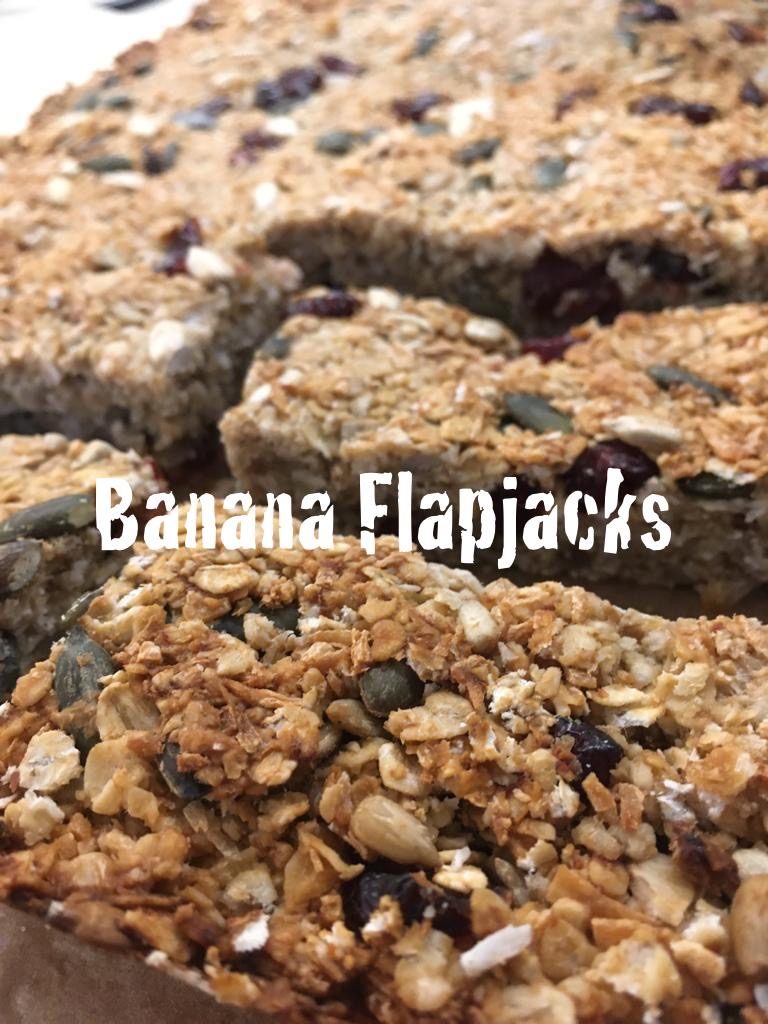 This is a simple plant-based flapjack recipe, that holds together really nicely. Using bananas, dried fruit and maple syrup means you don’t need to add crazy amounts of refined sugar. 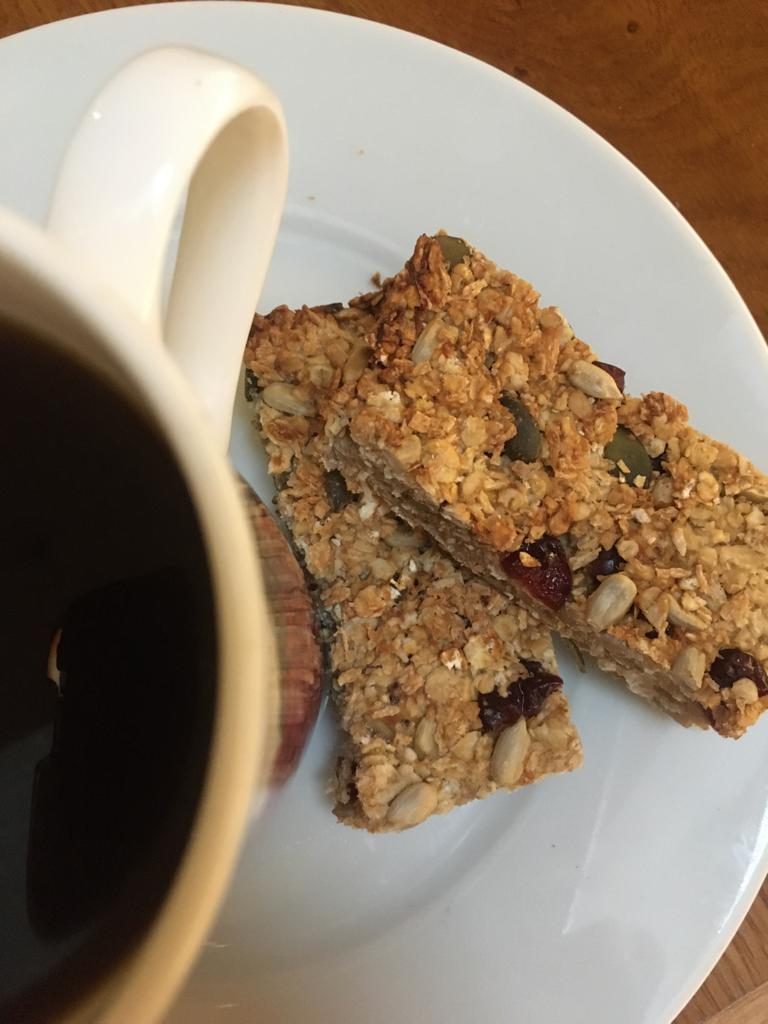 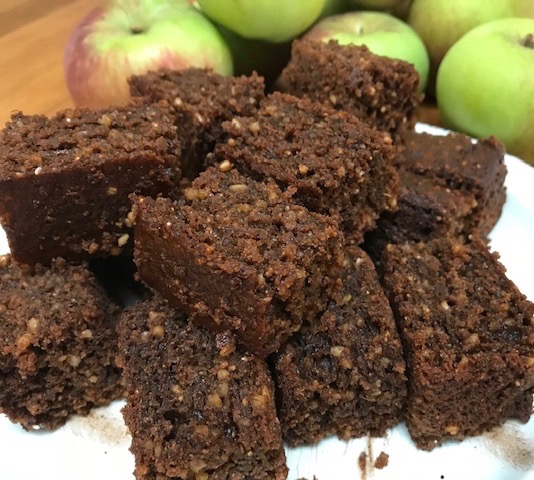 I was a bit unsure whether to post this recipe, as it’s not exactly healthy. To make it more in keeping with the Natural Born Fitness ethos, I’ve modified the traditional Northern English recipe quite a bit, omitting the muscavado sugar completely, and substituting the butter and cow’s milk for olive oil and rice milk respectively. Best to use it as a delicious seasonal treat or as comforting hill food. 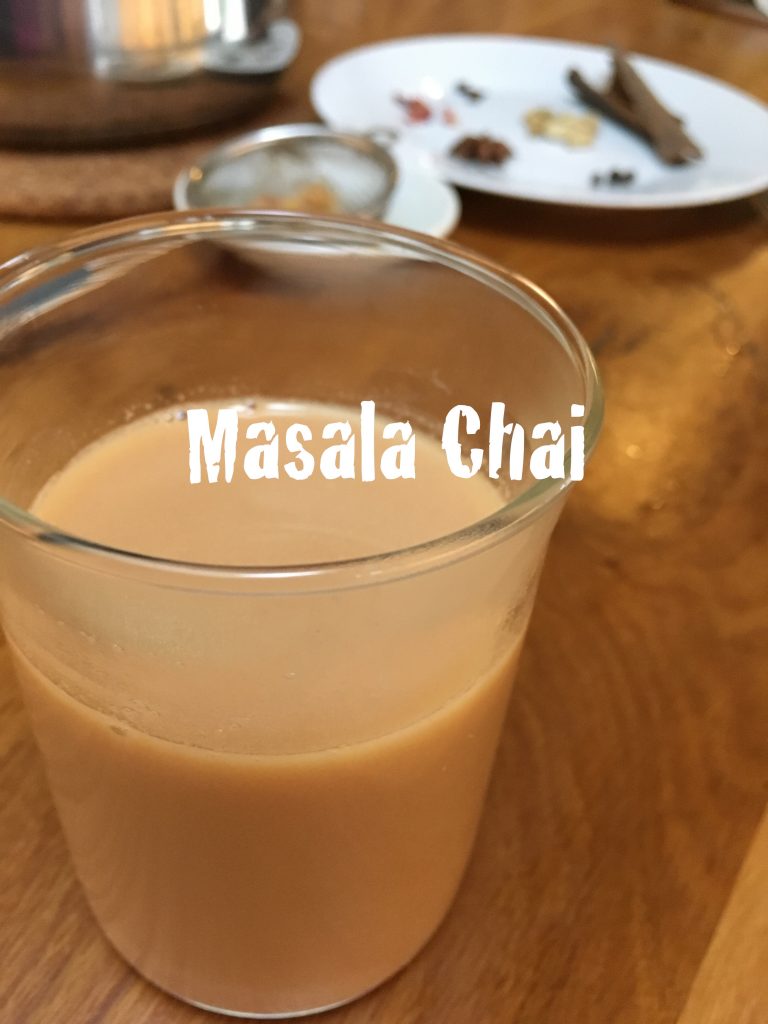 Masala chai is a milky, spiced Indian tea. It’s delicious on a cold, rainy autumn or winter’s day, and also as a warming drink for your flask when out in the hills.

A variety of spices can be used and the ratios are really down to personal preference, but the mainstays are usually cinnamon, cloves, ginger, cardamom and fennel or star anise. 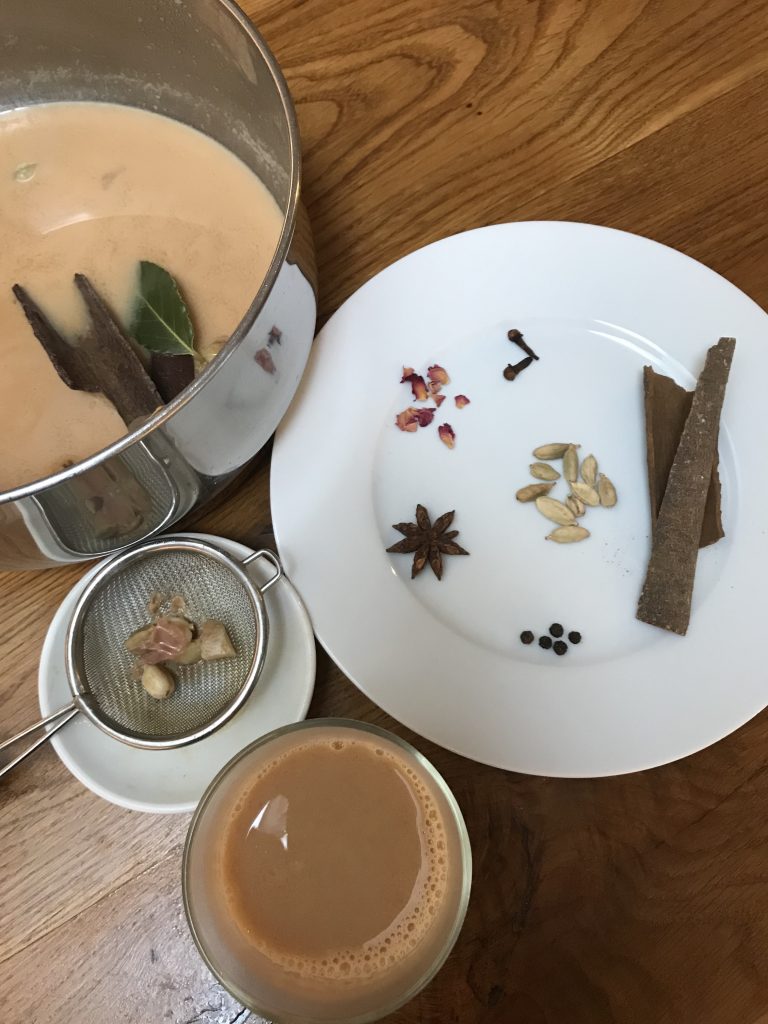 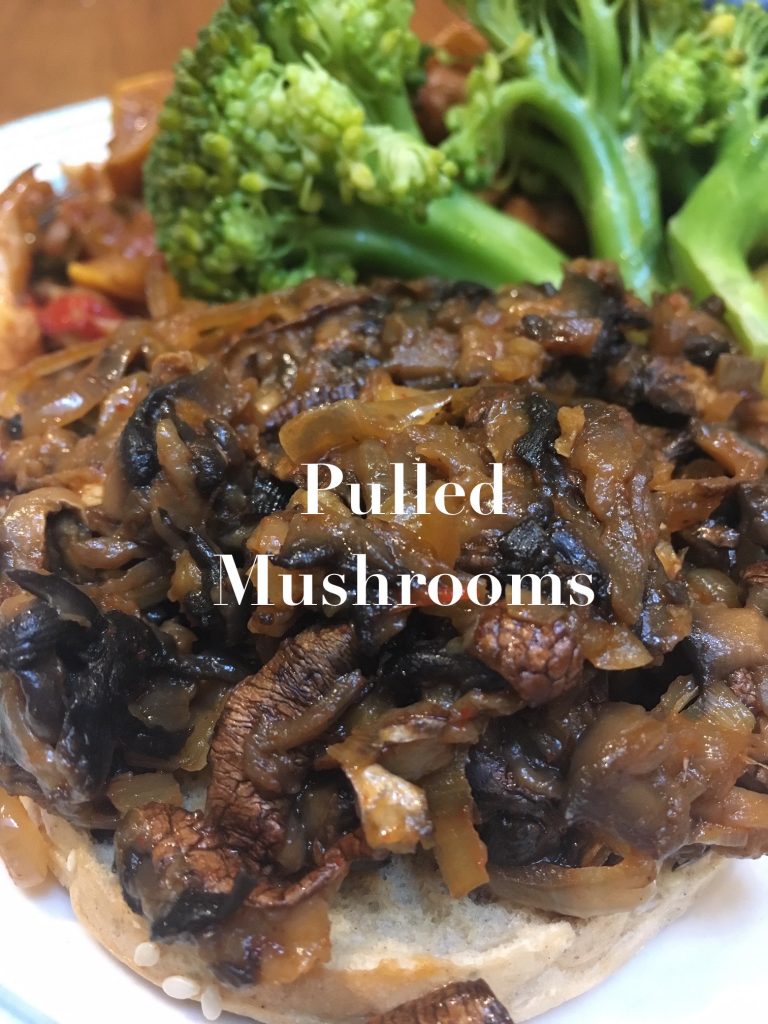 Are you confused by all the contradictory dietary advice out there?

The truth is, it’s extremely difficult to prove that there’s one universal diet that’s superior to all others, certainly in terms of its effects on health and peak performance.

One thing is clear, we shouldn’t be eating the prevailing low quality Western diet, which is high in refined sugar, processed and red meat and saturated fat. This pattern of eating has resulted in 2 billion people being overweight or obese, and has fuelled the increasing prevalence of non-communicable diseases such as type 2 diabetes, cardiovascular disease and cancer (1,2).

In reality, many people will derive significant health benefits if they stick to a few simple, evidence based food principles.

However, if we really want to answer the question of “what should we eat?” then we must also consider planetary health, as this is inextricably linked to our own health and survival.

And when we take the planet into consideration, the answer is very clear: we should eat a plant-based diet.

This is the conclusion of a number large-scale, mainstream scientific studies (3,4,5), including the recently published literature review by the EAT-Lancet Commission (1).

So why is a plant-based diet best for the planet?

To answer this we need to look at our current system of food production, which we now understand to be the single largest contributor to environmental degradation.

Food systems account for up to 30% of global greenhouse gas emissions(1,3,5). However, climate change is only part of the story. Food systems drive a range of serious environmental issues that now threaten human health and survival, including biodiversity loss, eutrophication and depletion of fresh water supplies.

Food production is the largest cause of global land-use change, with 40% of terrestrial land used for crops and grazing. This has resulted in massive biodiversity loss, to the extent that we are witnessing the Earth’s 6th Mass Extinction Event. Species are being lost 100-1000 times faster than the natural background rate. 80% of extinction threats to birds and mammals are due to agriculture (1).

The impact of humans and our agriculture is now so great that it has drastically altered the make-up of global biomass (the total weight of living matter in a given area).

Food production is responsible for 78% of eutrophication (1,5). This refers to the excessive application of nitrogen and phosphorus fertilisers, which are washed off into streams and rivers, causing algal blooms and hypoxic conditions in freshwater and marine ecosystems, which results in widespread coastal “dead zones,” devoid of aquatic life.

In areas where fish still exist, 60% of the world’s fish stocks are now fully fished, and 30% are overfished. Catches by global marine fisheries have been declining since 1996 (1).

The overall negative impacts of our food systems are very clear, but we still need to eat. So what we really want to know is: which food products are ecologically sustainable, and which are harmful.

To answer this, Joseph Poore and Thomas Nemecek performed the largest study to date of the impacts of agriculture on the environment, and their results were published in Science in 2018 (5).

They undertook a global analysis of data from 38,700 farms in 119 countries, looking at 40 food products, in terms of their effects on five key environmental indicators: greenhouse gas emissions, land use, acidification, eutrophication and freshwater withdrawals.

They found that even the most sustainable animal products exceed the average impacts of plant protein. As a result, if we were to switch to a plant based diet, it would reduce land use by 76%, greenhouse gas emissions by 49%, acidification by 50%, eutrophication by 49% and freshwater use by 19%.

In countries such as the UK, Australia and the USA, where meat consumption is 3 times the global average, the effects would be even greater.

The authors concluded that moving from a meat-based to plant-based diet has “transformative potential” and that avoiding meat and dairy is the single biggest way we can reduce our ecological impact.

But what exactly should we eat? What does a diet that is both healthy and ecologically sustainable look like?

This key question was finally addressed by EAT-Lancet Commission (a joint project by the Norway based NGO EAT and the Lancet Medical Journal), which undertook an extensive literature review and published its results earlier this year (1).

They came up with a universal healthy reference diet, or Planetary Diet, which is predominantly plant-based, provides 2500 kcal per day, and consists largely of vegetables, fruits, whole grains, legumes, nuts and unsaturated oils. It specifies a low to moderate amount of seafood and poultry, and no or low amounts of red meat, processed meat, added sugar, refined grains and starchy vegetables.

In practice, the Planetary Diet is similar to a Mediterranean or Okinawan Diet, which for many Europeans represents quite a shift in the way they eat. It would involve a 77% reduction in red meat consumption (by allowing only 1 beef burger per week), 15 times more intake of nuts and seeds, 2 servings of fish per week, 1-2 eggs per week, and 1 glass of milk per day (or 250g of full fat milk products).

So, having read this, are you now going to adopt the Planetary Diet, or perhaps go completely vegan? Maybe not…

Behavioural change is notoriously difficult. Even if there was widespread acceptance of the problems associated with our current level of consumption of animal products, awareness of an issue is no guarantee that people will adopt a more sensible path, as most health practitioners will attest.

This is certainly true for plant-based dietary change, probably because for many societies, eating animal products is the traditional, dominant eating pattern. A rejection of meat represents a rejection of social norms. It’s also important to appreciate that food confers much more than nutritional needs. It’s a source of pleasure, personal identity and economic status. In many developing countries eating meat is aspirational and symbolic of wealth. For some people, meat is associated with masculinity.

This is borne out by studies of public perceptions surrounding food impacts and dietary change, which suggest that there can be scepticism of the scientific evidence, resistance to the concept of reducing meat intake, and that non-food related behaviour change is deemed more acceptable (7).

However, eventually a threshold is usually reached, beyond which our resistance to change is overpowered by the realisation of the gravity of a situation, accompanied by a sense of urgency; such as when a patient receives a diagnosis of a life-threatening condition and finally feels compelled to make radical lifestyle changes. Perhaps as a society we are approaching that point with environmental degradation and non-communicable diseases.

Recently it feels as if the tide may be turning, with the global support for Greta Thunberg and the climate strikes, the Extinction Rebellion protests, and the increasing cultural acceptability of plant-based eating.

Make no mistake, we have very little time left to limit climate change to a survivable level and prevent further irreversible biodiversity loss. We urgently need to make transformative changes if we hope to do this, and there is no doubt that a global shift towards healthy, plant-based diets represents a very powerful tool.

If you still need some convincing, or are finding it difficult to make the leap to a more plant-based lifestyle, here are a few tips and suggestions:

First, watch the movie “Cowspiracy” (you can find it on Netflix).

Start experimenting with plant-based eating. There are now tonnes of resources out there (even confirmed omnivorous chefs such as Hugh Fearnley-Whittingstall and Jamie Oliver are jumping on the bandwagon). The key is to find a tribe that suits you.

Get inspired and check out some incredible plant based athletes, for example: 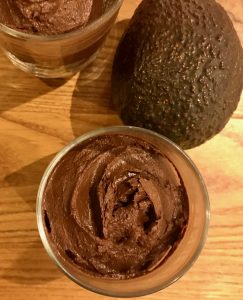 If the tofu based chocolate mousse doesn’t do it for you, try this avocado based version. Most people seem to credit Laura Coxeter as the inspiration for this recipe and I would certainly agree. I first saw her when she appeared on River Cottage a few years ago and made a raw chocolate ganache tart. This is just a simplified version. 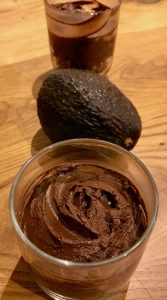 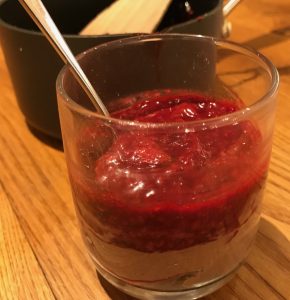 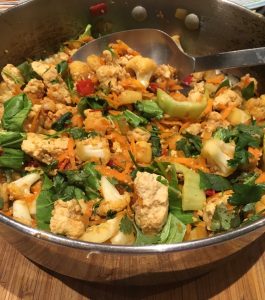 This is a great plant-based alternative to the usual go-to option of eggs on toast for breakfast or lunch. Don’t get me wrong, I’m a big fan of scrambled or poached eggs, just not all the time. We also need to get over our preconceptions about tofu – it’s not everyone’s cup of tea, but it provides an extremely useful source of healthy protein, and is very tasty when cooked properly, especially with an asian style sauce.  Stir-frying tofu works well; marinading and baking it is even better. 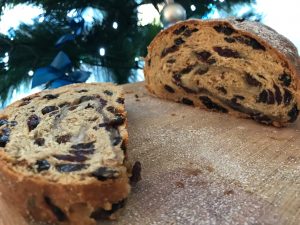 Stollen is a rich, stodgy, fruit bread, laced with spices and marzipan, traditionally baked at Christmas-time in Germany.  This version is very loosely adapted from a Bake Off recipe, but with significantly less caster sugar and uses extra virgin olive oil instead of butter. 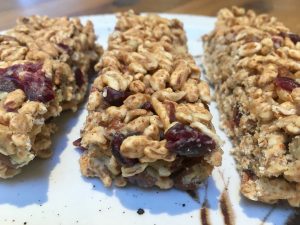 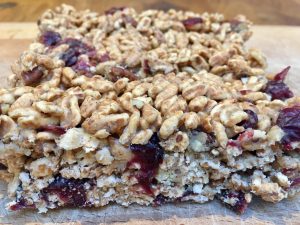